Wildlife: Love em, but let them forage on their own.

Living among the deer and the turkeys makes Cambrians happy. But feeding them is a bad idea.

“It’s bad for the animal, and bad for the entire herd,” said California State Fish & Wildlife warden Richard Roodzant. He spoke in October to a group of about 40 people at the Unitarian Universalist meeting place in Cambria.

Holly Pierro, Outdoor Education Coordinator for Camp Ocean Pines, brought three young rabbits to the event, for those attending to pet and enjoy. They amused the group by engaging in decidedly mature behavior, right there in front of everyone. Wildlife is, well, wild. 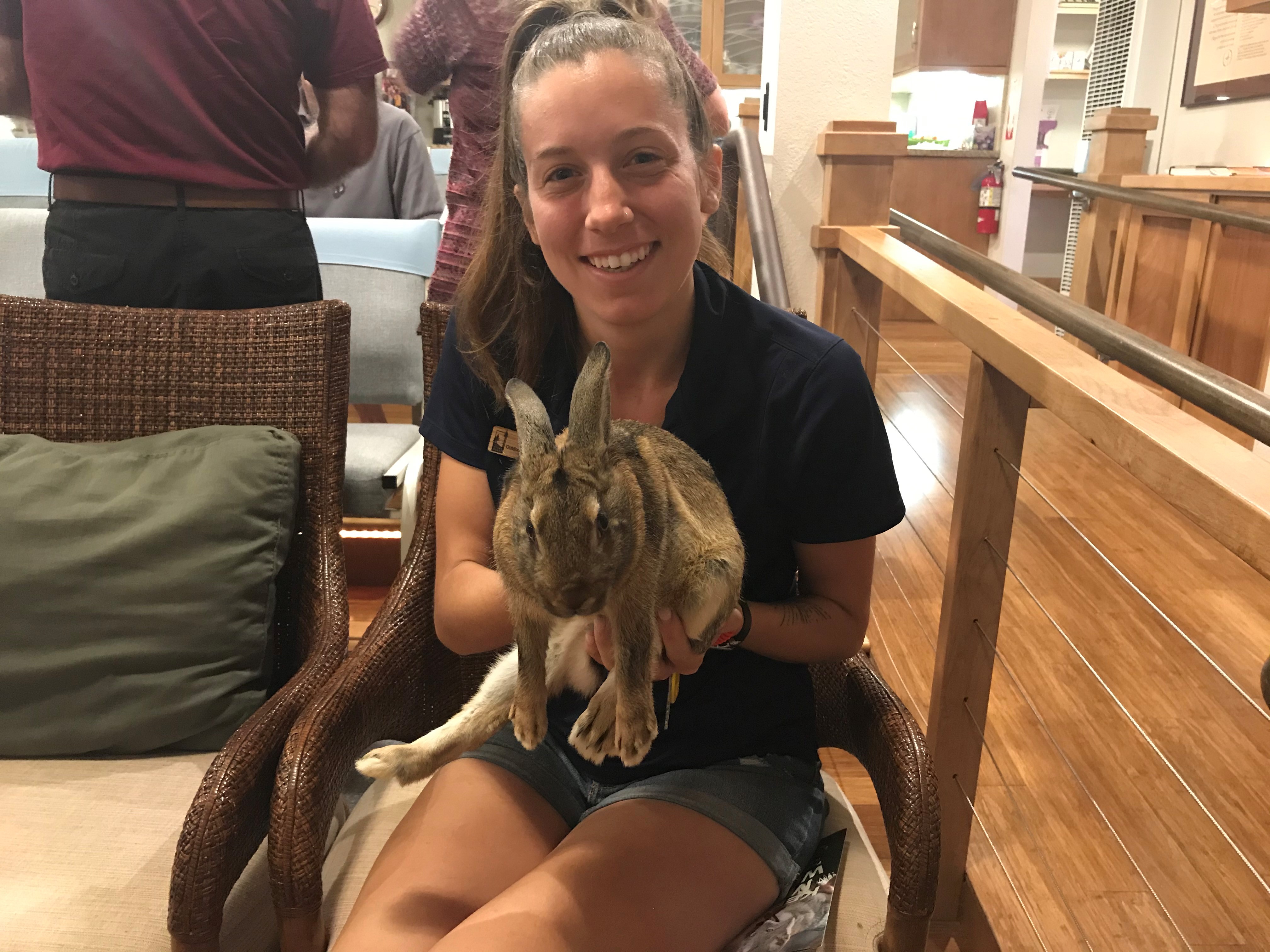 Turkeys, Deer and everything else

Some intentionally feed wildlife, but others may not notice that they are attracting wildlife. Bird feeders spill over and turkeys come to feed on it.

“At first, it’s one or two, but soon it will be 20 or 30,” he said. “They get so habituated that they will roost on vehicles and houses. They have spurs on their legs that can chip the paint on your car. They can be dangerous.”

Some feed deer, but deer can also be attracted to livestock feed on local ranches.

“Deer are curious,” he said. “They will eat dog food. If your feed is going faster than expected, it may be that deer are eating it.”

Poachers hunt deer out of season or against other regulations. Deer that are habituated to people give poachers easy opportunity to shoot them. Poachers’ bullets can go astray and hit other marks, even people.

“Innocent feeding of deer can result in damage or even loss of life,” he said.

He gave the example of a big buck recently hit by a car and killed on the road.

“Deer that are accustomed to humans come near roads,” he said.

Feeding small animals such as raccoons and opossums attracts their predators, coyotes, to come feed on them. Coyotes will also prey on fawns. Dog food left out overnight is especially attractive. Unprotected trash is as irresistible to small animals as it is to bears.

Leaving a dog on the deck may put the dog at risk if deer have been fed in the neighborhood and mountain lions follow them.

“When a mountain lion finds your dog is easier to catch than a deer, you may only find a collar on the deck,” he said. “If mountain lions are in the area, keep your eyes open and your head on swivel.”

The roving individuals that come into town usually move on. 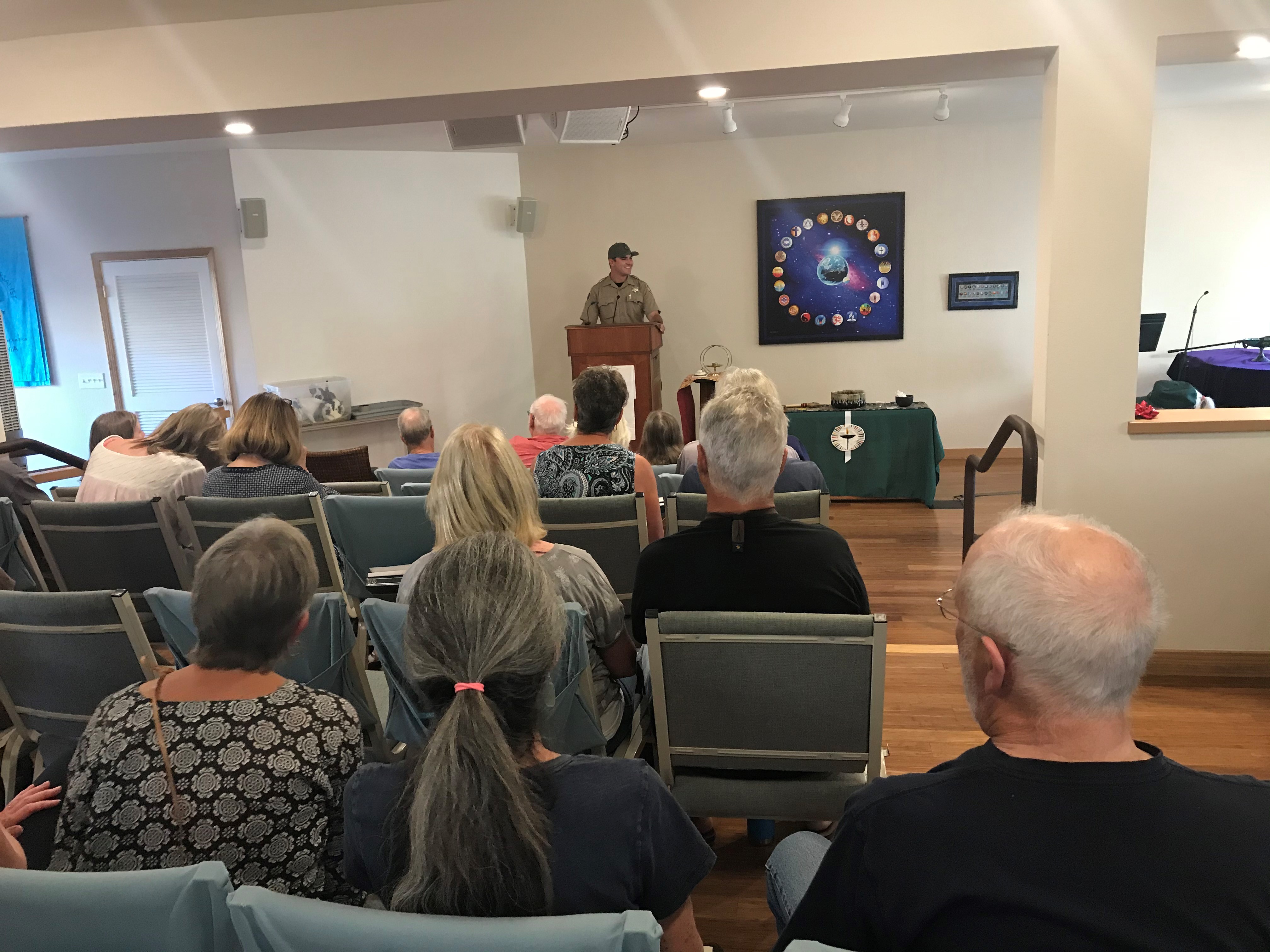 Warden Jason Chance responded to questions. The department’s jurisdiction includes migratory paths, creeks, and riparian corridors. Local wildlife paths that may be disrupted by construction are not included.

Technically, within the letter of the law, feeding wildlife can be defined as harassment: an intentional act that disrupts normal behavior.

“Enticing an animal off its normal patterns by feeding them is actually harassing them,” he said.

Citations are rare, usually reserved for those who are feeding animals to attract them to places where they can hunt them illegally, or confine wildlife on their own property. Wildlife feeding isn’t a victimless crime, though. Persuading those who are tempted to feed wildlife to stop doing it is F&W’s goal.

California’s Roadkill Bill, which takes effect January 1, 2022, will track numbers and locations of roadkill. University of California Davis estimates that about 20,000 deer are killed every year on California roads, but no agency keeps accurate statistics. The bill also allows people who find roadkill to take it home and eat it.

It’s illegal to have any part of a deer without a hunting license. Antlers are highly valued, and some collect them for income. Commercial trafficking in wildlife parts is big business, second only to drugs in dollar amounts. 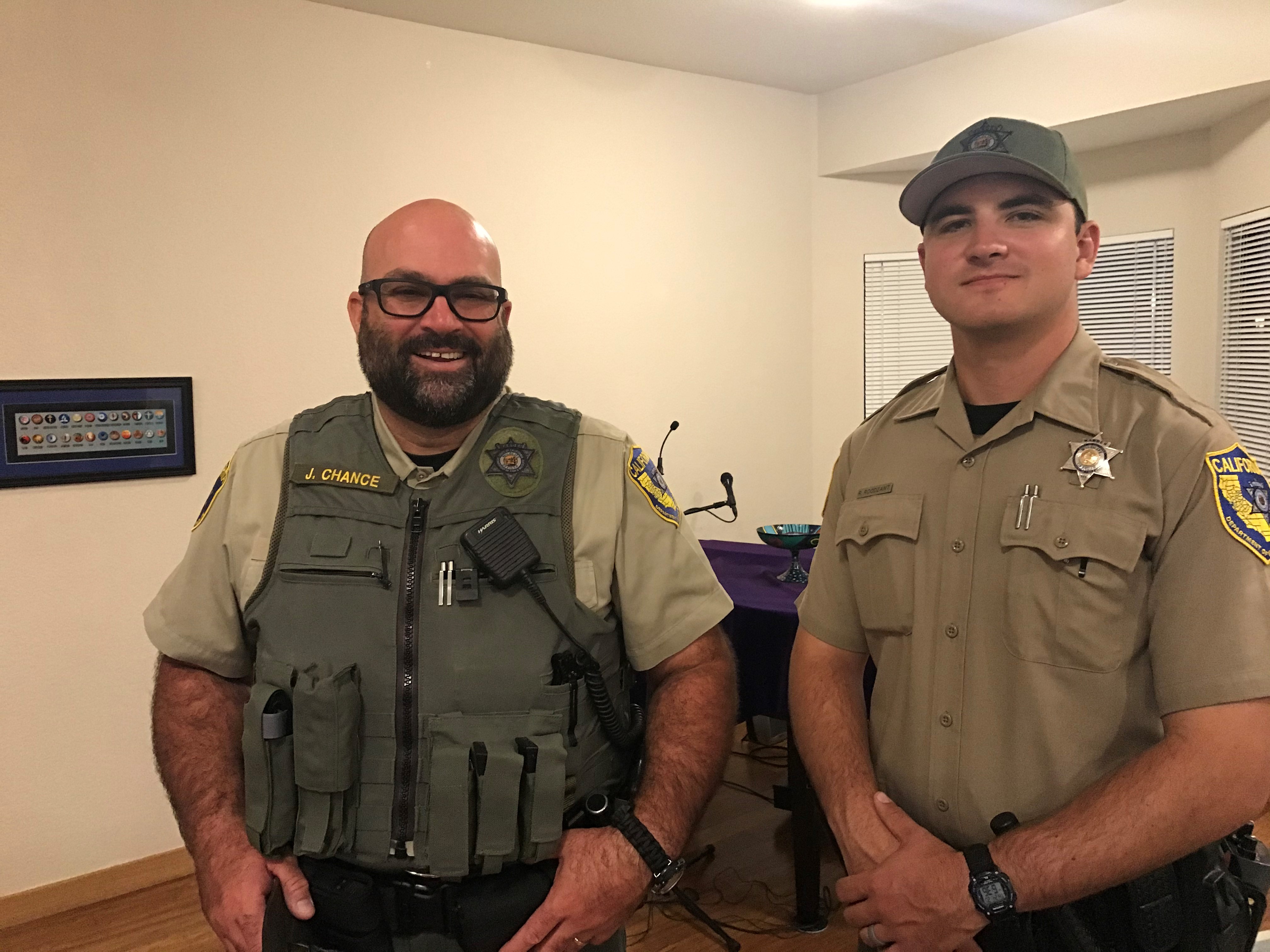 Chance said enforcement of the law against non-lead ammunition, which went into effect statewide on July 1, is working to remove lead contamination from the landscape. At a recent talk to 200 hunters, only one was still using lead ammo.

He recently cited a hunter who was hunting with five others. He’d borrowed a rifle and didn’t know it was loaded with lead ammunition.

“We are law enforcement officers, to enforce the state’s resource laws, and laws on hunting and fishing,” he said.

Their Keep Me Wild materials, https://www.wildlife.ca.gov/Keep-Me-Wild, and website offer advice. They passed out brochures to everyone, when so many had similar questions. The slogan: Wild animals don’t need your handouts. They need your respect.

In response to a question about toxic animal control chemicals sold at local markets, Chance said that another agency has jurisdiction over that issue. Animal poisons are required to be specific and can’t be broadcast to other animals. They are not supposed to biomagnify and cause secondary effects.

Mountain lions in the Santa Monica Mountains have been found dead of rat poison. It also causes mange, which can be fatal. Owls may also be affected.

The Cambria-San Simeon area has a lot of exotic species, some of which become invasive. Eurasian doves are outcompeting native doves. The red fox is not native. Wild pigs cause damage to native fields, and can be dangerous to people.

Marine and coastal issues are usually handled by another F&W warden and NOAA law enforcement.

Chance and Roodzant welcome all reports and will refer them to other officers or departments as appropriate. Chance gave the example of a vehicle stop that resulted in two men being arrested on outstanding warrants. Call the wardens at 805-610-3915 or make a confidential report to CalTIP, Californians Turn in Poachers and Polluters, (888) DFG-CALTIP.

“With animals, anything that can happen, will happen,” Chance said, as the audience laughed at the rabbits’ antics. 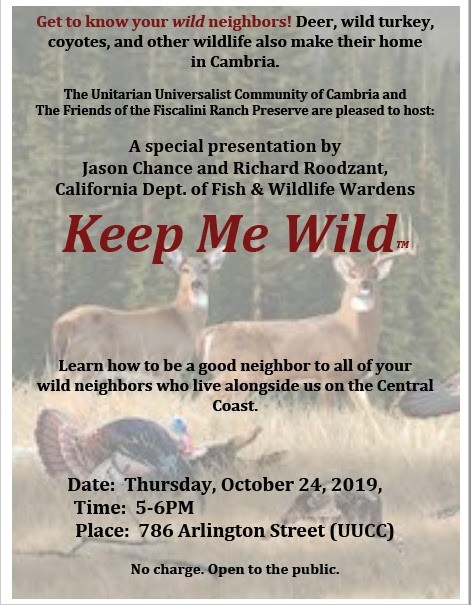 Christine Heinrichs is a certified California Naturalist who writes about local critters. Christine.heinrichs@gmail.com